Our heritage in space dates back several decades, with unique atmospheric sensors flying on Dynamic Explorer, the Upper Atmospheric Research Satellite (UARS), STS, and very soon on the International Space Station (ISS). We have a proven, responsive team that has the experience of hardening highly sensitive optical instruments to meet the rigors of rocket launch and operational satellite missions. We are now looking toward breaking the bonds of Earth and applying our expertise to other planetary missions as well as next generation launch vehicles and spacecraft.

R&D for our world and beyond.

We successfully delivered a precision optical system destined for the International Space Station (ISS) via a SpaceX Falcon 9 launch vehicle. 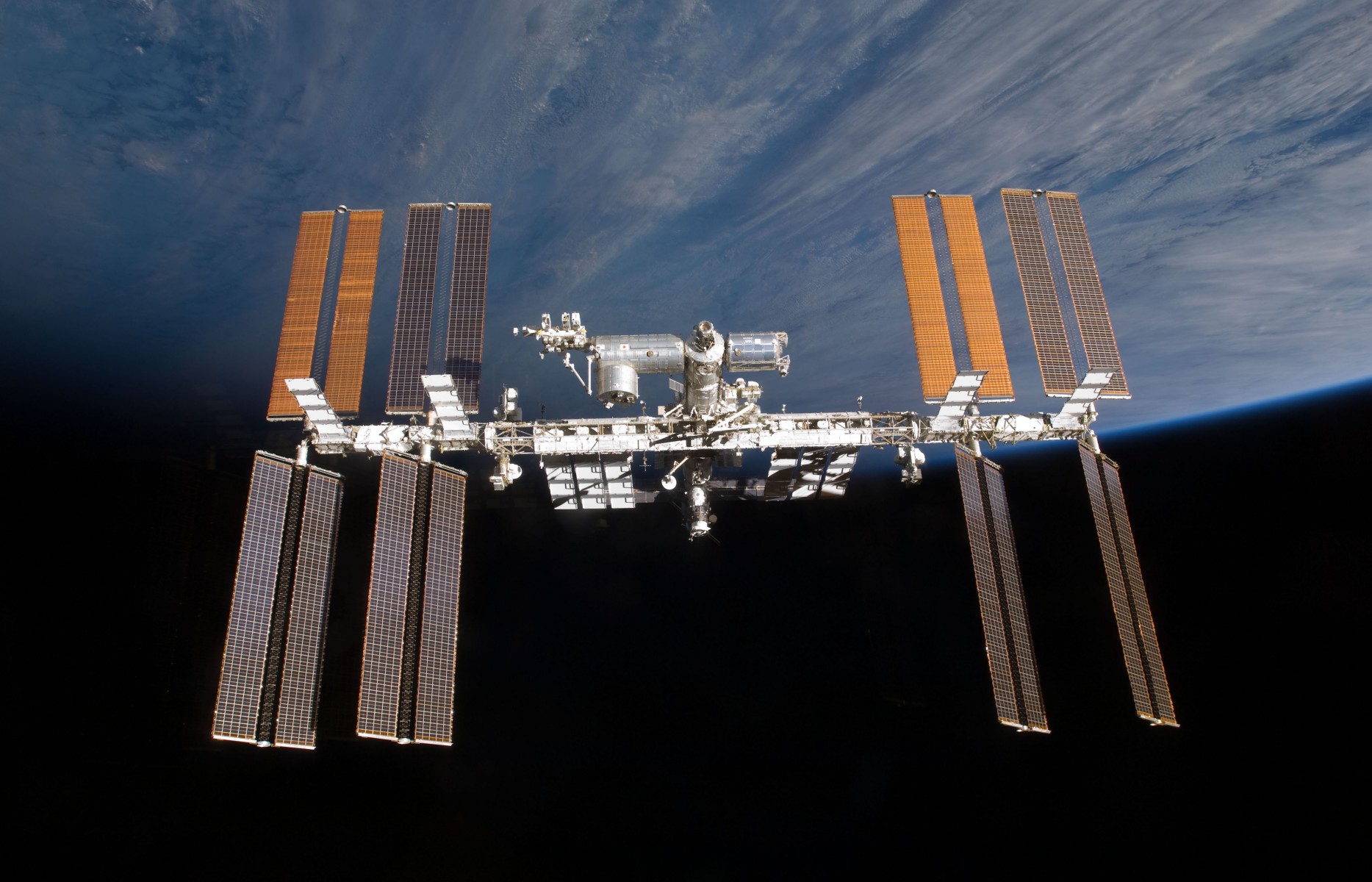 With these measurements, scientists can improve our understanding of climate feedback mechanisms and energy balance on a global scale. The MAC optical system is based on a Fabry-Perot interferometer, one in a long line of atmospheric measurement instruments created for use in harsh environments. 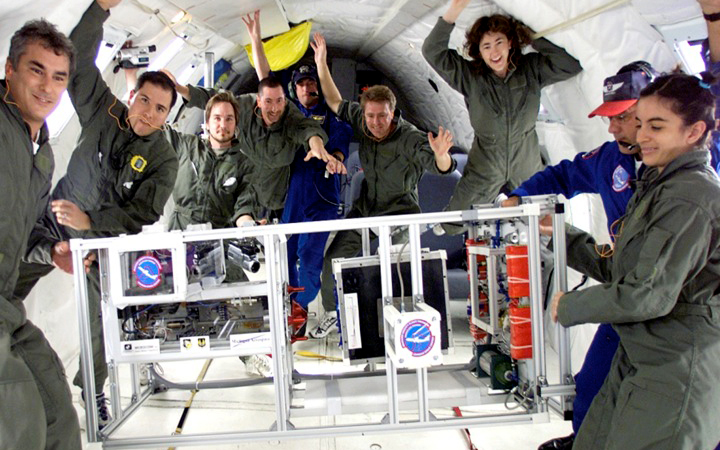 Funded by DARPA, the Air Force, and NASA, Michigan Aerospace developed and flight tested a compliant, compact docking mechanism to enable autonomous docking, resupply and servicing of space assets on orbit. Previous systems in the U.S. were not designed for autonomous operation and were not optimal in terms of size, weight, and power. Our docking mechanism was successfully flight tested on NASA’s KC-135 zero-g aircraft and provides a viable, scalable solution for resupply and servicing of a wide range of spacecraft sizes and configurations. The docking mechanism dynamics were first modeled using the MSC Adams multibody dynamic simulation tool. The dynamic model was successfully validated using data collected during the zero-g flight testing.

Michigan Aerospace is funded by NASA to develop a compact Optical Air Data System for use in planetary atmospheric entry. 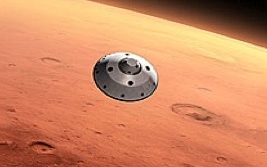 The Mars Velocity (MARVY) sensor provides true airspeed as a probe decelerates into a planetary atmosphere to assist with precision landing, including choosing when to deploy parachutes. This concept lends itself to Earthbound use for re-entry vehicles, hypersonic vehicles, UAV’s, high-speed wind tunnels and anywhere space is at a premium. Our unique multi-element Fabry-Perot interferometer allows substantial reduction in size compared to earlier systems. MARVY operates in UV to provide sufficient scattering at high altitudes, with or without aerosols.

Michigan Aerospace teamed with the John Hopkins University Applied Physics Laboratory for the design and fabrication of the prototype instrument for the GIFS (Geostationary Imaging Fabry-Perot Spectrometer) program. 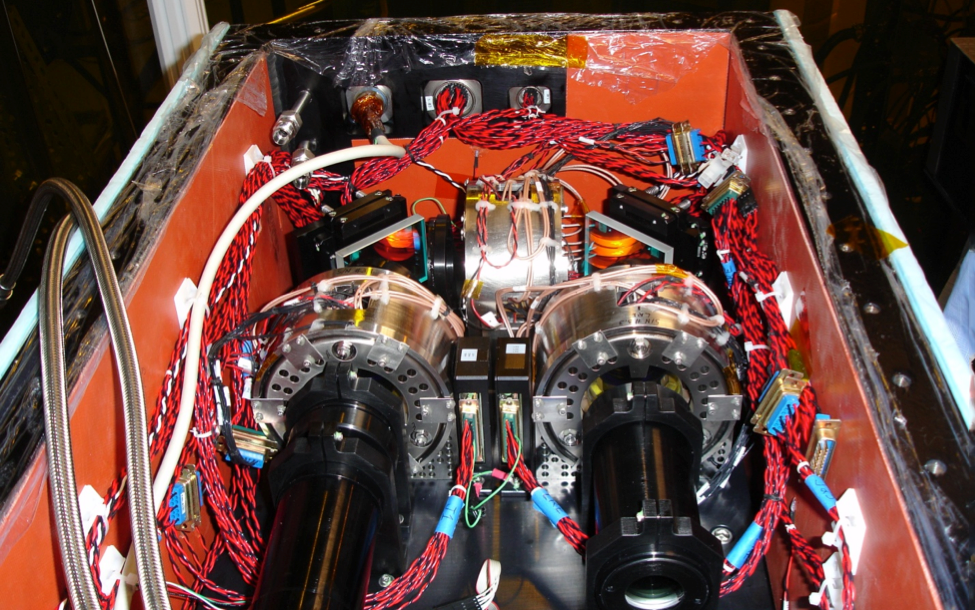 We designed and fabricated a passive interferometer for airborne deployment as a precursor to the spaceflight instrument. This instrument consists of three tunable Fabry-Perot etalons aligned in series and spectrally scanned across a CCD image plane, producing a spectral image of backscattered solar radiation from cloud and ground features. The final instrument will enable measurements of cloud top temperature, pressure and altitude on a global scale, when deployed in a geostationary orbit. Introduction of these data points into weather forecasting models will lead to significant improvements in the forecasting of weather events, including hurricane motion and intensity.

The GIFS prototype instrument successfully flew and operated on-board a P-3 in multiple flights throughout January and February 2008; future flights are planned with updated instrumentation, including more Michigan Aerospace-built hardware.

Michigan Aerospace provided key engineering work on an instrument aboard NASA’s MESSENGER spacecraft, which became the first spacecraft to orbit Mercury on March 17, 2011. 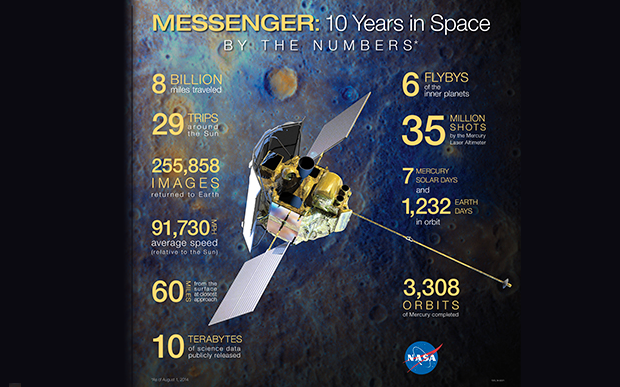 MESSENGER was launched on August 3, 2004 aboard a Boeing Delta II rocket from Cape Canaveral Air Force Station. Greg Ritter acted as Lead Mechanical Engineer for the Fast Imaging Plasma Spectrometer (FIPS), an instrument developed at the University of Michigan. In that role, Mr. Ritter provided the design and analysis effort that allowed the instrument to go from prototype phase to flight hardware in 10 months.

More than 250,000 images of the planet’s surface have been collected during over 3300 orbits. In order to better understand Mercury’s surface, MESSENGER must gather detailed information about the planet’s magnetic field. FIPS will contribute to this endeavor by analyzing pickup ions liberated from Mercury’s surface by the solar wind, as well as analyzing the solar winds themselves. The FIPS instrument is designed to measure particle count rates, energy distributions, velocity vector distributions, and mass spectra at a high time resolution and between 50 eV/e and 20 keV/e in energy.

More details on the MESSENGER spacecraft and FIPS instrument can be found at: http://messenger.jhuapl.edu and http://www.sprl.umich.edu/projects/FIPS/

HRDI was one of the instruments aboard the highly-successful Upper Atmospheric Research Satellite (UARS), which was launched from the Space Shuttle in September 1991 and operated successfully for thirteen years in orbit. 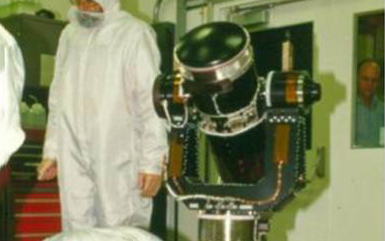 HRDI used three etalons in series to investigate the Earth’s upper atmosphere; these etalons are a direct ancestor to our current Fabry-Perot interferometer technology that forms the core of many of our instruments and systems. HRDI utilized three etalons in series with an imager and multiple filters to examine spectral features of the light emitted by the upper atmosphere, along with measuring that part of the atmosphere’s wind speed. Michigan Aerospace co-founder Dr. Paul Hays was the Principal Investigator for HRDI.

The technology that was used in the Fabry-Perot Interferometer (FPI) instrument aboard the Dynamics Explorer 2 satellite, launched in August of 1981, is the direct ancestor of Michigan Aerospace’s present technology. 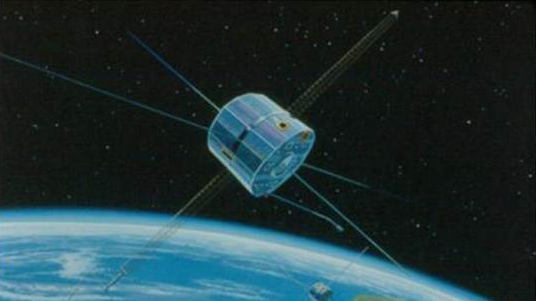 The FPI was a high-resolution remote sensing instrument that measured key parameters about the motion and composition of the Earth’s upper atmosphere. The instrument was later turned around to view the sky to gather information about galactic emissions. Dr. Paul Hays, co-founder of Michigan Aerospace, was the Principal Investigator for the FPI instrument, which successfully operated for over a year in orbit.

Michigan Aerospace Corporation (MAC) is an advanced engineering and products company that provides innovative remote sensing, intelligent systems and software solutions for space, air, and earth-bound applications. Our roots are in developing atmospheric measurement systems for aerospace customers, but we are also applying these same technologies and expertise to solving problems closer to home, including clean energy, water management, and early stage disease detection.